“The young thoroughbred is the god of frolic.” ~ Anonymous
You are here:About»Stephen Marsh – Cambridge 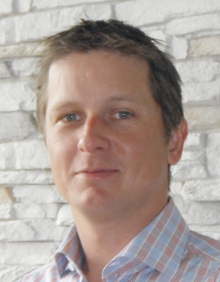 One of the rising stars of New Zealand’s training ranks, Stephen was destined to have a big future in racing, being the son of master trainer and Melbourne Cup winning jockey, Bruce Marsh.

Stephen started his training career in partnership with his father Bruce in 2002. The three year partnership produced outstanding Group 1 victories with RUSSIAN PEARL in the Bayer Classic, HAIL in the Zabeel Classic and PLAY ON in the Magic Millions 2yo Classic. Stephen branched out on his own in 2005 when Bruce Marsh moved to Singapore to train. Stephen met with immediate success with Group multiple Group and Listed winners CHETTAK, THE AULD HUSSIE and exciting gallopers like Anca winning multiple races in Brisbane giving him an increased profile.

Stephen has averaged almost 80 winners and place getters a season over the last four seasons and the 2012/13 season looks likely to be a breakout season for him with an exciting group of young horses in his barn.