“A loose horse is any horse sensible enough to get rid of its rider at an early stage and carry on unencumbered.” ~ Clive James
You are here: Latest » News Archive » Loving the way he is

Loving the way he is 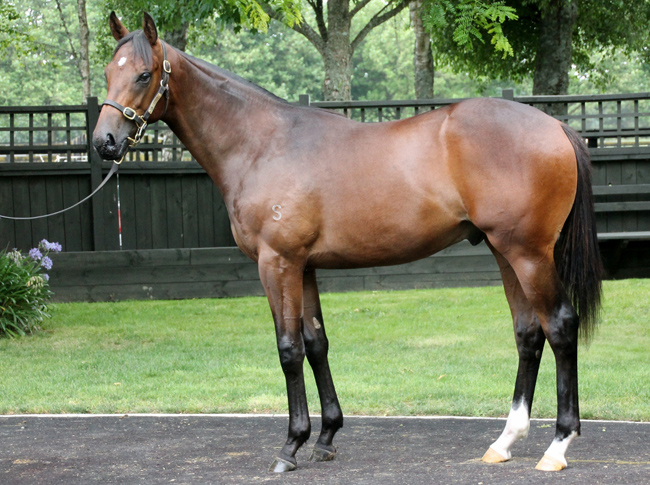 With the new season two-year-olds just starting to hit the track, the Go Racing juveniles are now stepping out in trials and starting to be seen in public. We are particularly pleased with our two-year-old colt by the very promising first season stallion Thewayyouare. Having had one trial for one win, the colt will be named this week with a view to debuting him at Ruakaka on Wednesday the 17th over 880 metres.

The horse trialled on a very wet and heavy track at Paeroa last week and settled last after jumping a little awkwardly. On a day when most of the winners came down the outside of the track, the colt was in the worst of the ground on the inside and went from last to first to win the trial by a narrow margin. While physically he looks like a three-year-old type, he has a lot of natural speed and has a nice athletic action. He is nominated for the Karaka Millions on January the 26th  and this will be his summer goal.

Thewayyouare is making a very good impression at the start of his stallion career. He has had two horses to the trials for two winners and he has also had two horses to the races for a third and an impressive debut winner at Avondale yesterday. They look like runners and seem to cope very well with the demands of training. He could be a stallion with a very bright future.