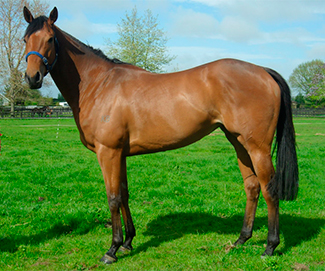 It may have started with Silky Red Boxer in Foxton, but now Go Racing offers racing opportunities throughout New Zealand, in Sydney and very shortly will have its first starter in Singapore.

Highly regarded ex New Zealand trainer Bruce Marsh has been based there for eight years and will train the Go Racing Horses in Singapore. He has an impressive record having won The Derby there twice and the Triple Crown for three-year-olds with Gingerbread Man. He’s just received the latest Go Racing ex pat filly Stiletto (Strategic Image x Goody Two Shoes) who will be Go Racing’s first starter.

Says Bruce “She had two excellent trials in New Zealand as a three-year-old before being sent up and she has acclimatised very well.”

“She’s very relaxed so we knew she’d cope in the Singapore environment, and she’s strong and can handle the heat.”

Stiletto will have a 400 metre trial this week and 1000m trial approximately two-weeks later and then she’ll be ready to debut for Go Racing.

Her owners’ are from New Zealand and Australia and got involved in the horse with the prospect of racing her in Asia.

Says Albert, “They’re excited about racing her over there. We’re pleased to give our owners the opportunity to race in New Zealand, Australia and now Singapore. We think Singapore provides a wonderful owner experience—it’s a direct flight away and all the races are televised. Not to mention, the prize money is incredible.”