“If it’s not a race horse, its just not a horse.” ~ Anonymous
You are here: Latest » News Archive » Parallel Import 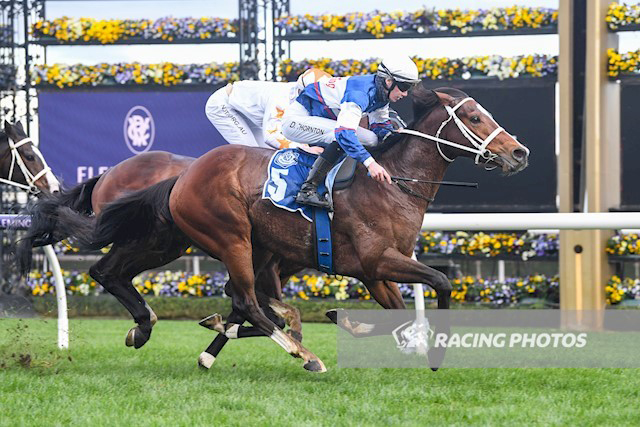 It’s a parallel import attack on Aussie riches from the Go Racing stable this weekend. Two of Go Racing’s star euro imports, Alward and Skyman, bought from the Tattersall’s Horses In Training sale in the UK compete for lucrative purses on Saturday.

The Go Racing team have developed this valuable pipeline of quality European bred horses race-ready within six month of landing in Australia.

Matt Allnutt, Racing Manager went in person to the sale last year and was impressed with what he saw. “It has quickly become an annual buying trip and one our owners greatly anticipate. Many of the big racing stables in the UK and Europe turnover high quality, lightly-raced horses at this sale just due to the sheer numbers they have. There is quality on offer and, more importantly for our owners, ready to race talent. Based on the outstanding results we are getting, it will form a larger part of our mix.”

Allnutt is full of optimism. “His two runs since being given a bit of a freshen-up have been very good and I thought he was extremely brave when finishing 5th after being three-wide over 2030 metres at Doomben last start. He does have the big weight of 58kg to carry on Saturday but countering that is his barrier draw of 2 which should see him get a an economical run throughout and allow him to be finishing the race off strongly. A win for Alward would be well-deserved and with luck going his way, it looks to be within his grasp. He’s a true warrior.”

Skyman, the new euro-import kid on the block who has already had an explosive start to his Australian career is also racing on Saturday at Caulfield and he steps back up in distance in the $135,000 benchmark 84 over 2000 metres. Says Matt, “He just wasn’t suited to racing over 1600 metres at The Valley last start and given he is back on a track he has won on previously, and back in his own grade, he is much better off. He has been up for a good amount of time but trainer Chris Waller was more than happy his gallop earlier this week and mentally he is still coping well. Barrier 12 does mean he will have to go back in the early stages of the race and means he will need luck, however top jock Craig Williams has been booked for the ride and I think this is a key engagement as we look to get Skyman back into winning form.”

Both horses are key players in the Go Racing strategy to buy, and buy well, from the Tattersalls sale. “We have just had such good success there”, says Matt. “The horses arrive ready to compete in A$125,000 races within six months of landing. We will be buying again next month to get our next crop of champs.”