“Trouble rides a fast horse.” ~ Italian Proverb
You are here: Latest » News Archive » Campari on the comeback in Tauranga Classic

Campari on the comeback in Tauranga Classic 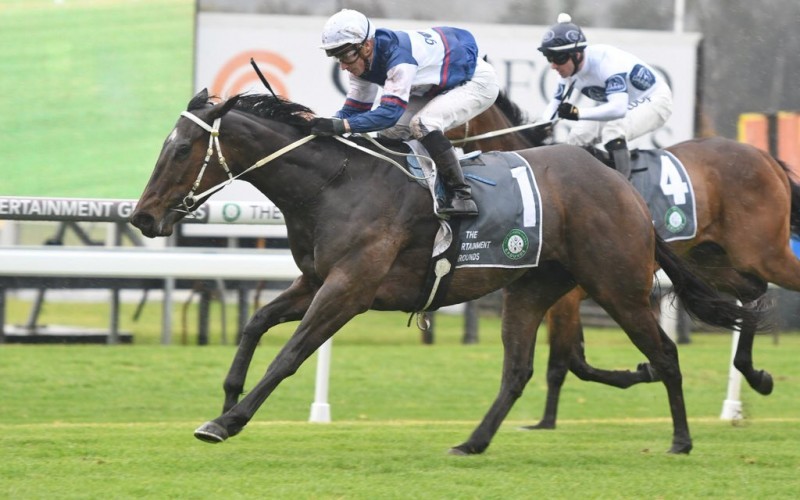 After a devastating and head scratching relegation from first to second at Ellerslie last start, 4YO mare Campari has everything to prove in the Listed Tauranga Classic on Saturday.

“In our opinion, she was desperately unlucky not to hold the race last start which we are still fuming about,” Racing Manager Albert Bosma said.

“She was race favourite and came from behind the field to let down nicely in the home straight. It was a ride timed to perfection by Craig Grylls and if anything, she was the one interfered with. We are still struggling to make sense of the decision.”

Campari is a mare with any amount of ability – she was Stakes Placed as a 3YO in New Zealand and is the holder of a class record over 1400 metres at Randwick.

“She had a jump out last Friday just to keep her up to the mark and is heading into the race in great nick. Tauranga is a good opportunity for a valuable stakes win,” Albert said.

It won’t be plain sailing though. “It’s big step up in class and testing at weight for age but there is no questioning her ability – we believe she can handle the class rise. She likes a bit of give in the track but there is a question mark over a heavy testing track for her.”

Campari has drawn barrier 6 of 14 which is perfect. “From there she should be able to settle handy mid-field and get the opportunity to get wider in the straight which is where she will need to be on a wet track,” notes Albert. Michael McNab is to ride.

This is likely to be Campari’s last race this preparation and she will then head for a spell prior to a spring campaign.

Go Racing also has two horses racing at Randwick in Sydney this weekend.

“Raqeeq been in great form and was very unlucky in last two races not to win,” Albert said.

“Last start he sat three wide on the speed the whole trip and was only just run down for second late in the piece. For some reason people aren’t backing him so he continues to pay great money. Unfortunately he has drawn barrier 11 so it’s not ideal. With a good draw he would be awfully hard to beat and thoroughly deserves a win.” Sam Clipperton does the riding.

Stephen McKee-trained Maktoum lines up in possibly his last run of his Australian campaign in the Moet and Chandon Grand Vintage Mile, a rating 78 worth $125,000.

“Maktoum’s had mixed form in Sydney. He was second first up and then had two unplaced runs which both had merit. He was scratched from his last start due to a wide draw so we were very keen on a good draw for him this race and have it with barrier 3,” Albert said. “He also easily won a trial last Friday so is in good form and ready to run well.”

Unfortunately his jockey, rising apprentice star Chris Williams has been stood down for the day with an infection, so a late change of rider will be required.

The biggest issue for both these horses may be the weather says Albert, “It has been wet in Sydney so they both may need to cope with a track worse than a heavy 8, which will be less than ideal. However there is improvement in the forecast and we are hopeful that the track comes back a bit.”