“A race horse is like a motorbike with a mind of its own, weighing half a ton.” ~ Anonymous
You are here: Latest » News Archive » Rock on 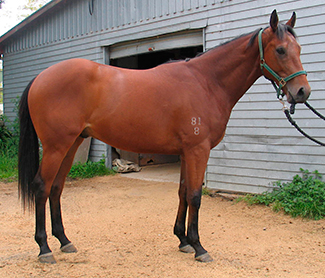 Trainer Lisa Latta was surprised at his early form. “Usually he never does that well fresh up and needs a couple of runs before he really hits his form so we had no expecatations for this race at all.”

Sadlers Rock surprised the Go Racing team by running a strong third. After being badly checked by two horses at the start of the race, he trailed the field by a significant margin before fighting back strongly and just getting pipped at the post by first and second.

Says Racing Manager, Albert Bosma, “He’s already won the Wairarapa Cup this season and, given this brilliant fresh up run, we are increasingly confident he is turning into a lovely staying type.”

Sadlers Rock’s next run will be on Anzac Day at Awapuni in a Rating 85 over 2100 metres and depending on his performance there may look at the Listed Rotorua Cup over 2200 metres on the 11th of May.

We are buying stayers for Australia from the world’s largest Horses In Training Sale at Newmarket in England from 26-28 October 2020.

We’ve had enormous success buying from this sale, including our first horse Alward, bought in 2016 who has just topped NZ$800,000 in prize money. If you would like to be involved in the action, click here for more information.