“The history of mankind is carried on the back of the horse.” ~ Anonymous
You are here: Latest » News Archive » Destination: Derby 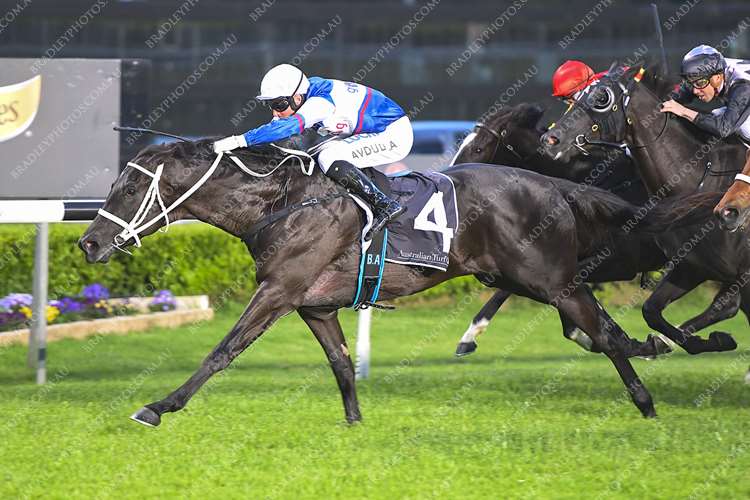 Go Racing Savabeel colt Stardome will be aimed at the Group 1 A$2million AJC Derby after a convincing win at Canterbury Park in the 3YO Maiden Plate.

Says Racing Manager Matt Allnutt, “He won at Canterbury Park like a stayer and that’s exactly what he was bred to do.”

Jockey Brenton Avdulla said, “He’s got the making of a very nice horse – he’s still not yet the finished product, but he has a lovely action and a bright future in front of him.”

Leading ex-pat trainer Chris Waller, believes that in time Stardome may need some head gear, but for now he is going well and he sees no reason why he couldn’t go on and be competitive against tougher company next start which is likely to be a $50,000 three-year-old 1800 metres at Randwick on Melbourne Cup Day, the 6th of November. This race is likely to be the last of his current campaign and he would then spell before being aimed at Derby races in both Sydney and Queensland.

Says Matt, “The prospect of him lining up in such prestigious races is very exciting for the Go Racing team. The AJC Derby is the premier race for three-year-olds in Australasia.”

Photo credit: Thanks to Bradley Photos