“The difference between a champion and a very good horse is it’s nose.” ~ Anonymous
You are here: Latest » News Archive » McKee magic makes for a winning weekend 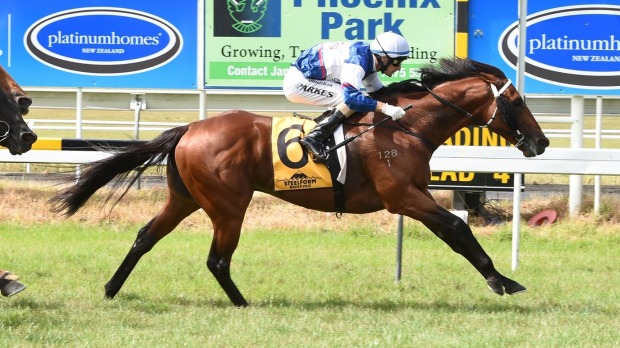 Go Racing celebrated a winning weekend with Passing Shot and What’s the Story taking the honours in a double for trainer Stephen McKee.

Says Albert, “It was a great return to form for Passing Shot. He got back on a good surface after a rain affected track in the Group 1 Telegraph last start.”

And at Ellerslie, What’s the Story’s extraordinary win in the Rutherford Rede 2100 hurtled him into Derby contention.

A nasty break down by the leading horse interfered with What’s the Story’s run putting him 12 lengths back in a position he should not have been able to win from. Yet, an incredible ride from Sam Spratt got him over the line first.

A large Go Racing contingency was on course having sponsored the Group 2 Avondale Cup earlier on the card, won by Sacred Master.

“We were pleased to sponsor the Cup and support racing at Ellerslie. And what a fantastic day to be on course for our owners. Winning the last race was the icing on the cake.”

Go Racing also notched up two second places with Black Sav at Wanganui on Thursday and Sadlers Rock pipped at the post in the Invercargill Gold Cup yesterday.

The team topped off the winning weekend with a yearling parade at Haunui Farm on Sunday. Says Albert, “Our owners got to meet and pat their new horses for the first time and that’s always something pretty special. We enjoyed a lovely lunch in a beautiful setting where our owners could meet us, our trainers and fellow syndicate members. The social side of the industry is a big part of Go Racing.”