“Money, horse racing and women, three things the boys just can’t figure out” ~ Will Rogers
You are here: Latest » News Archive » Billy gets his Mojo back

Billy gets his Mojo back 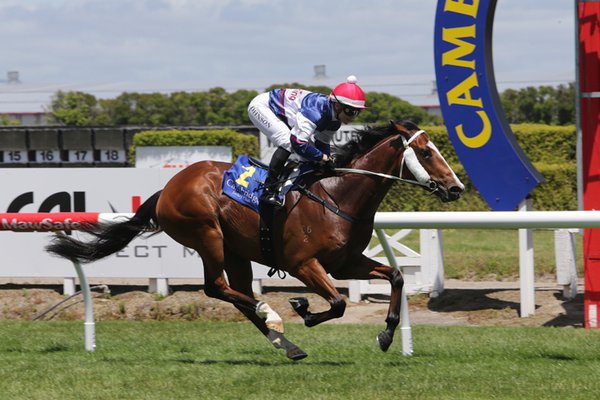 After a disappointing debut, Billy Mojo showed the world what trainer Stephen Marsh always believed the two-year-old was capable of, easily winning the Frontier Bloodstock 1000 at Te Rapa on Sunday.

With the country’s leading jockey Danielle Johnson on board, he made the most of the inside draw, led from the start and won by nearly three lengths.

“He’s restored my faith,” says trainer Stephen Marsh. “I expected more of him on debut and felt he’d let himself down. He’s made amends with this convincing win.”

The Mastercraftsman colt is now ninth in the order of entry for the Karaka Millions and while this is an obvious target for the talented two-year-old, it is not a certainty.

Says Racing Manager Albert Bosma, “He’s just going through a growth spurt and we’re not going to push him to get there if he’s not ready. He’s got a big future and we intend to look after him.The alternative is the Group 1 Manawatu Sires Produce stakes over 1400 metres on 28 March next year.”