“Give a race horse what he needs and he will give you his heart in return.” ~ Anonymous
You are here: Latest » News Archive » Atishu looking for Group One crown

Atishu looking for Group One crown 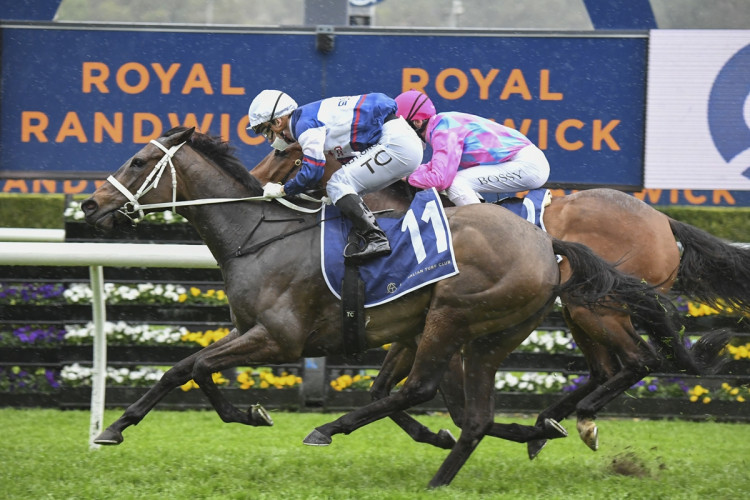 Rejuvenated mare Atishu will be vying to add a Group One crown to her mantle at Eagle Farm on Saturday.

Trained by Chris Waller, Atishu carries the colours of Go Racing, with syndicate principal Albert Bosma amongst the ownership group.

Bosma has been buoyed by his mare’s performances this preparation and he is looking forward to Saturday’s assignment.

“Now that her barrier manners have been sorted out, her three runs have been excellent – they have either been from bad draws, slow tempos, or bad tracks,” Bosma said.

“It does give us a lot of confidence and I am really looking forward to this weekend.”

Bosma is also pleased about drawing gate five in the feature race, with the four-year-old mare, who won four races for former trainer Stephen Marsh before transferring to Waller 12 months ago.

“(With emergencies and scratchings) we could be starting from barrier two, three or four, which is ideal,” Bosma said.

“It is the first decent draw she has had in a long time and will allow us to take a more prominent position than we have in the past few runs, without using her up too much.”

While Bosma heads into the race in a buoyant mood, he does hold slight concerns over the distance.

“I know she is a Group Three winner at 1400m, but a mile is probably a better distance for her.

“But we have had three weeks between runs, so we have been able to freshen her up quite a lot for it.”

Win, lose, or draw, Bosma said Atishu will head to the spelling paddock after Saturday in preparation for the spring.

“It will be her last run. We have targeted it and we will organise spring targets post this race,” Bosma said.

Go Racing have experienced plenty of success across the Tasman, which continued last Saturday when Skyman took out the Listed W.J. McKell Cup (2000m) at Rosehill.

“Skyman winning a stakes race on Saturday was excellent for us and his owners,” Bosma said.

A freshen-up is now likely for Skyman in preparation for the spring.

“The Big Dance (1600m at Randwick) on Melbourne Cup Day is worth $2 million and Skyman will be targeted towards that,” Bosma said.

“Then we will get him back in for some Country Cups. To qualify for the Big Dance you need to finish first or second in a Country Cup, which he is capable of doing.

“A hard run mile at Randwick will really suit him. I think it is a good target for him.” – NZ Racing Desk