“A race horse is like a violin. First it must be tuned, and when tuned, it must be accurately played.” ~ Anonymous
You are here: Latest » News Archive » Go Racing filly launches Guineas campaign 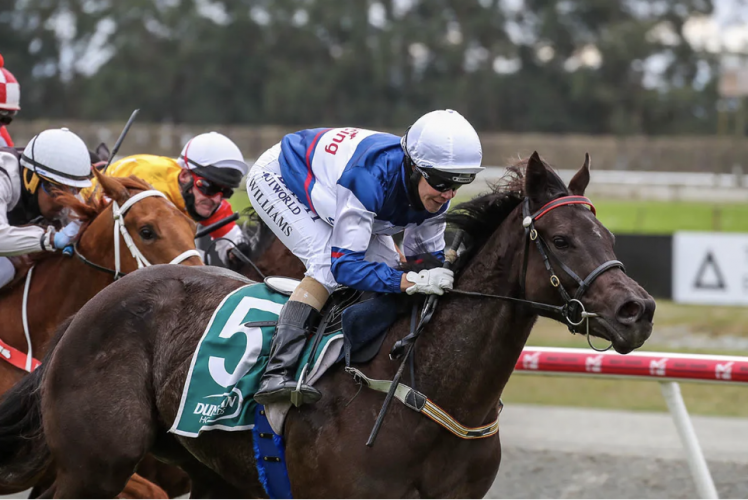 Go Racing filly Art De Triomphe made a pleasing start to her spring preparation when winning the Mount Somers Honey (1200m) at Ashburton on Monday.

The Andrew Carston-trained three-year-old settled towards the rear of the field from her outside barrier in the eight-horse field, where jockey Kylie Williams sat patiently throughout.

Williams asked her charge to improve turning for home and she was able to gather in her opposition and runaway to a convincing 1-3/4 length victory over Buoyant, with a further nose back to Emanon in third.

Carston was pleased with the result and is now eyeing a Gr.1 Barneswood Farm New Zealand 1000 Guineas (1600m) path for the filly.

“I am really happy with her performance, she will take a lot of benefit from today as well. It is always pleasing to see them come back at three,” he said.

“I thought she had to be the best horse to win today. The instructions were to go back to last and have her relax, she showed a good turn of foot and won quite convincingly in the end.”

Art De Triomphe had three starts as a juvenile for a win and placing, and finished fourth in the Listed Champagne Stakes (1200m) at Riccarton in May.

Andrew said she has strengthened into her three-year-old season and is looking forward to the rest of the spring with her.

“She is not an overly big filly but she is definitely a strong horse and is very easy to do anything with,” said Andrew.

“She has got a great attitude with a great constitution so that will take her a fair way.

“She’s the type of filly that we like to buy,” said Albert. “She’s athletic and she had a great attitude at Karaka.

“Andrew’s a very talented trainer and he’s doing a superb job with her. He mapped out her three-year-old campaign when she was an autumn two-year-old so his plan is coming to fruition.”