“It is not enough for a man to learn how to ride; he must learn how to fall.” ~ Mexican Proverb
You are here: Latest » News Archive » Derby back in sight after Stardome’s win

Derby back in sight after Stardome’s win 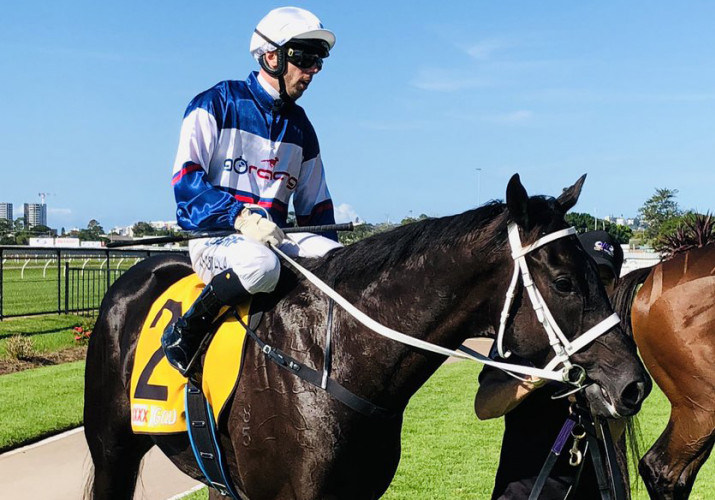 Promising three-year-old Stardome resumed with a win in the Nationwide Super Class 2 Handicap (1600m) at Newcastle on Thursday.

It was the Chris Waller-trained son of Savabeel’s second career win, at his first start back since being gelded.

“He looked really good in his first preparation and we did initially have the AJC Derby hopes for him, but he started to get colty and switched off a bit, so the decision was made to geld him,” said co-owner and syndicate manager Albert Bosma.

Waller now has another classic in mind for the striking black gelding, with Thursday’s win bringing a tilt at the $A600,0000 Gr.1 Queensland Derby (2400m) in June in to sight.

“He’s a lovely horse and we think he will only get better over further distance,” said Bosma.

Stardome was bred by Soliloquy Lodge’s Richard Moore and was purchased by Go Racing out of Haunui Farm’s 2017 New Zealand Bloodstock Premier Yearling Sale draft for $135,000.

Stardome is one of several runners flying the Go Racing flag across the Tasman at present.

The Stephen McKee-trained entire Maktoum was a brave second first up at Warkwick Farm on Wednesday and the Stephen Marsh-trained Starrybeel is stepping up to 2400m at Sandown on Monday.

Meanwhile Stardome’s Waller-trained stablemates Sir Pippin and Obelos – who are both European imports, will also be in action over the Easter weekend.

Sir Pippin, who was impressive in winning his Australian debut last month is running at Caulfield on Saturday and Obelos, who finished second last start is running at Randwick on Monday.

Click here to watch the replay of Stardome’s win.