“The gambling known as business looks with austere disfavor upon the business known as gambling.” ~ Ambrose Bierce
You are here: Latest » News Archive » Far from a Miss!

Far from a Miss! 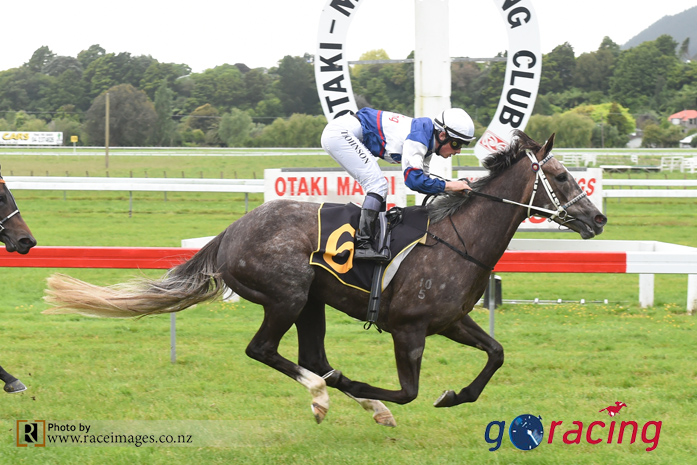 Sentimental Miss had a hit on Saturday in the Group 2 Sir Tristram Fillies Classic storming from last to second. She’s now second favourite for the Group 1 New Zealand Oaks on the 16th of March over 2400 metres.

Says Syndicate Manager Albert, “Trainer Lisa Latta and I were thrilled with her performance. Jonathan Parkes did a great job from the wide draw and while she had no luck getting through the crowd she found gears once she finally found some clear air.”

Albert says they’d done their homework at Karaka Sales three years ago and she was a bit of a bargain buy.

“We bought her for just $40,000 and now she’ll be competing for stakes of $400,000 at Trentham – that would be quite the return on investment. We have also nominated her for the $1 million AJC Oaks in Sydney on the 13th of April.”