“If it’s not a race horse, its just not a horse.” ~ Anonymous
You are here: Latest » News Archive » North And South at tight odds

North And South at tight odds 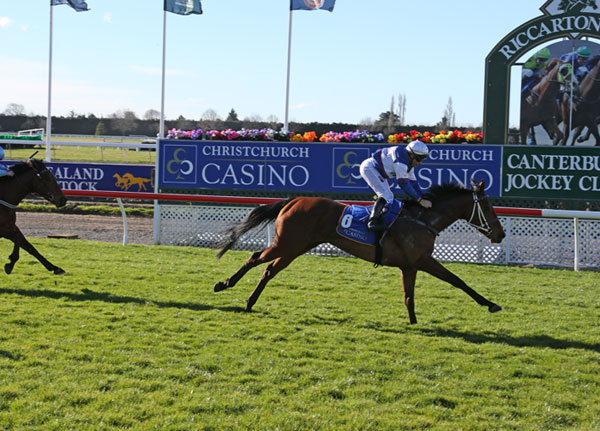 Specialist winter galloper North and South has been recognised for her dominant performances on wet tracks and has opened the favourite for the Group 3 Winter Cup to be held on 1 August at Riccarton.

Says Albert, “She has opened as the $6 fixed odds favourite for this prestigious 1600 metre race, the only $100,000 race in New Zealand run in winter and the first Group race of the season.”

As the only horse in the field with odds in single figures, it is an accurate reflection of her proven abilities as one of the country’s top winter horses, according to Albert. “She’s from the top producing mare Island Time, whose progeny have notched up three wins since early June. We are expecting all three of her foals to have excellent winters.”

North and South travelled to Riccarton last year for the Winter Cup carnival and was a winner in Rating 85 grade on the first and last day of the carnival. “She has a 100% winning strike rate at Riccarton and the roomy nature of the track and big long straight certainly suits her racing pattern. Her win on the first day of last year’s carnival was super-impressive and she showed how tough she is with a gritty win under a bigger weight seven days later.

The Winter Cup is a tough race to win but she should get in at the right weight and at her fourth start this preparation” says Albert.

North and South will have one more race before the Winter Cup which will be in the Listed $65,000 Opunake Cup at Taranaki on the 18th of July.